# Save offline messages to Redis

Set up the Redis environment, and take MacOS X as an example:

Then fill in the rule SQL:

​ t/#: The publisher publishes a message to trigger the action of saving of offline messages to Redis

​ $events/session_subscribed: The subscriber subscribes to topics to trigger the action of getting offline messages

​ $events/message_acked: The subscriber replies to the message ACK to trigger the action of deleting the offline message that has been received

Select "Add Action" on the "Response Action" interface, and then select "Save offline messages to Redis" in the "Action" drop-down box Fill in the action parameters:

2). Associated resources. Now that the resource drop-down box is empty, and you can click "New Resource" in the upper right corner to create a Redis resource: 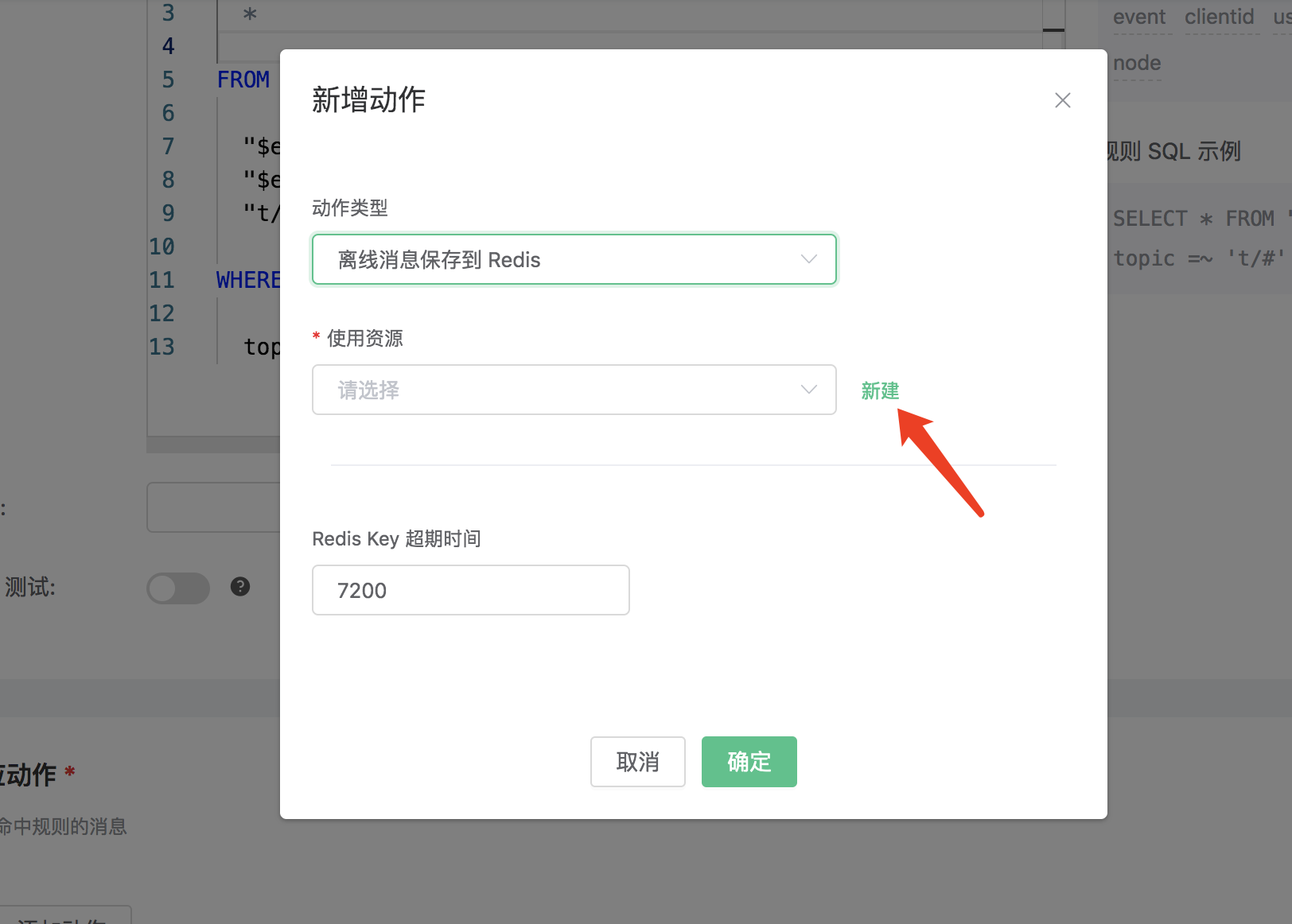 Fill in the resource configuration:

Fill in the real Redis server address and keep other configurations as default, and then click the "Test Connection" button to ensure that the connection test is successful. Return to the response action interface and click "OK".

Return to the rule creation interface and click "Create".

The rule has been created, and you can send a piece of data through the WebSocket client of Dashboard (The QoS of the published message must be greater than 0):

Use another client to subscribe to the topic "t/1" (the QoS of the subscribed topic must be greater than 0, otherwise the message will be received repeatedly. Topic wildcard subscription is not supported to get offline messages): After subscribing, you will receive the offline message saved in Redis immediately: Offline messages will be deleted in Redis after being received: ← Bridge data to EMQX Save offline Message to MySQL →

What’s on this page
Was this page useful?
x